Why Are SSD So Expensive? A Guide To Buying And Using SSD 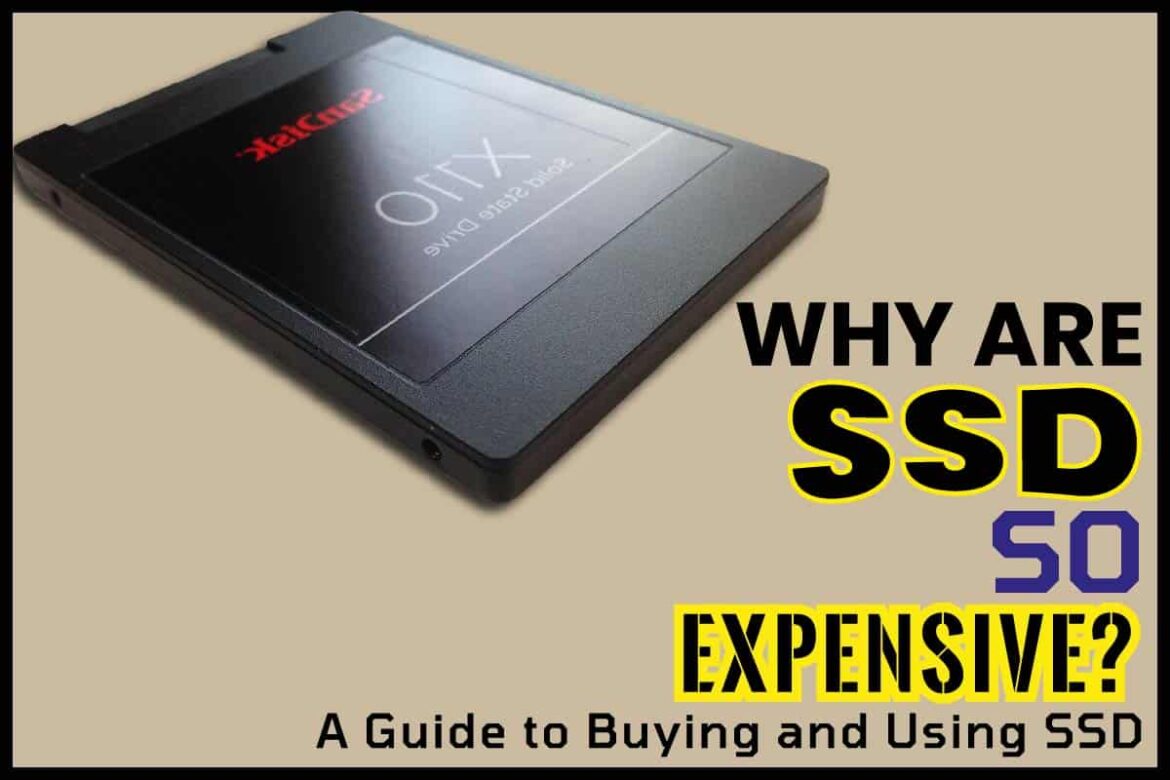 The SSD, also known as Solid State Drive, performs the same duties as the HDD or hard drive. The SSD is different from HDD in the sense that data is stored inside some inter-connected flash memory chips and will continue to give you access to your computer information even when power is not flowing through them. Generally, the SSD is more expensive than the HDD; however, the SSD comes with a wide range of benefits that you cannot find in the HDD.

So why is SDD so Expensive?

SDDs are more expensive than HDDs because they are newer and more advanced in technological design.

Rather than writing data or information on magnetic discs like HDD, SDD stores data on chips directly, and they are faster, require much less energy, and do not generate noise. These features are why the SDD is more expensive than HDD, but their prices are dropping steadily.

What Are The Main Differences Between The SDD And HDD?

Laptops and larger PCs, including those used for heavy gaming, now replace bulky hard drives with the SDD, but it is possible to find both HDD and SDD in some computers.

The Hard drive is the spinning, traditional storage drive in a computer. The information on this device will not go away when you turn off your computer, unlike the data stored in the RAM.

Your HDD is a metal platter that comes with a magnetic coating and stores data. It has a read and writes head that accesses your data while the HDD platters are spinning.

The SDD, though, performs the same functions as the HDD, but data are stored in chips that are faster and much more reliable than the HDD.

SDD is smaller than the HDD, and even at the exact memory sizes, the SDD is more expensive than HDD. SDD offers the advantage of giving computer manufacturers the chance to design smaller PCs.

The history of HDD and SDD also explains the difference between the two. The HDD is the ancient traditional memory medium that started with the size of a commercial refrigerator in the 1950s to about 5.25” size in the 1980s and now between 2.5 and 3.5” in today’s computers. Today, hard drives rely on SATA interfaces and can be found even at up to 10TB sizes.

The SDD, on the other hand, has a shorter history even though it has roots that span several decades in the past.  It began with the use of bubble memory flash of the 1970s and 1980s. Today, flash memory is used in SSD development, which does not require a constant power source to make it retain information.

The use and popularity of SDD soared in the 2000s, especially with the rise of netbooks and other ultra-portable computers. The SDD chips on earlier netbooks were soldered to the motherboards. As portable computers like laptops become more capable, SDD capacities were increased and even became the standards in the 2.5-inch notebook form factor.

With the new development, you can easily replace a 2.5” HDD with SDD on your laptop computer. Advancement in technology has brought about an incredible expansion in the memory of SDD without increasing their sizes.

What Are The Advantages And Disadvantages Of SDD And HDD- SDD Vs. HDD?

Hard drives or HDDs are still very much alive in older computers. While HDDs are found in budget computers, SDDs have become the mainstream storage component in high-end computers.

It is believed that most desktops and budget laptops will continue to have HDDs for the next few years. Both SDD and HDD will booth your computer and store your files and applications. Each storage option comes with its unique traits, and the differences include; prices, capacities, speed, Form factors, reliability and durability, and many more.

In terms of cost-per-Gigabyte, SDD is more expensive than HDD. White a terabyte (1TB) of HDD may cost less than $60; the cheapest SDD of the same size will cost at least $100. The price difference may become more drastic when you consider the bigger sizes like 3.5” HDD and SDD.

Since the hard drive still relies on older but more conventional technologies, it will likely remain cheaper than the SDD in the nearest future, even though the costs of SDDs are coming down.

You will likely find the SDD in capacities greater than 2TB in terms of maximum capacities, while the HDD may come more than 8TB.

You will likely find SDD in sizes of between 128GB and 1TB in most systems, while 500GB is considered the base storage size in hard drives these days. The more capacity of HDD or SDD you have, the more files you can store. Fortunately, both SDD and HDD can be integrated into cloud storage systems to share and store files.

SDD and HDD can also be compared according to their speeds, and this is one area the SDD beats the HDD, hands down. An SDD computer will booth in less than a minute, while the hard drive will take a longer time to the booth. The HDD is also slower during the use of a computer than the SDD. Whether you are using your computer to surf the internet, play computer games or edit videos, SDD offers a more incredible speed of file transfer and storage than the HDD, regardless of the memory sizes.

SDD and HDD can also be compared in terms of reliability and durability. The SDD has no moving parts; hence it will keep your files safe in the accidental dropping of your computer or when the system gets shaken while you are using the device.

Most hard drives will park the read and write heads when your computer is off, but the head will be flying over the platter at few manometers of distance when you are working. If you are rough or constantly use your computer, SDD is highly recommended to prevent damages. SDD is more reliable and more durable than HDD.

SDD and HDD can also be compared in terms of form factors. Hard drives rely heavily on spinning platters, which means there is a limit to how small they can be manufactured. There was an initial contemplation to create 1.8-inch size hard disks, but it could only generate about 320GB. Smartphone manufacturers were also able to make flash memory as primary storage for that size.

SDD, on the other hand, has no limitation; hence their sizes can continue shrinking over time. You can find the SDD in 2.5” computer drive sizes, and it is pretty convenient to fit them into the computer drive bays. You can find SDD in sizes varying from 42 to 120mm lengths.

You may also want to compare SDD and HDD based on their noise levels, lifespan, and power. Even the quietest hard drive will still give off some noise, especially when your computer is in use since the head platters will spin and the read arm will tick back and forth. Faster HDD will naturally make more noises than slower ones.

SDDs are non-mechanical; hence they make no noise. Since SDD doesn’t have to use power to spin platter, no energy is lost due to friction or noise; therefore, they are more efficient than the HDD. The hard drive movement will take its toll on your battery as it consumes more power on spinning and friction.

When it comes to longevity, you should keep in mind that though SDD will wear out over time, the TRIM command technology, however, will protect your data and files for a longer time. On the other hand, hard drives will lose their files once they begin to deteriorate over time.

When it comes to choosing between SDD and HDD, it still bothers the intention of the computer user. As a heavy downloader who requires more space with less expense, perhaps the HDD will be your ideal option economically. HDD offers lots of cheap spaces. Graphic arts, engineers, and regular internet surfers who want faster speed will benefit more from SDD than HDD. SDDs can become more expensive quickly, especially when You must meet your quest for more spaces. While the costs of SDD are getting cheaper these days, the price is still high when you opt for bigger sizes; hence you should consider the costs of replacing your HDD with SDD.